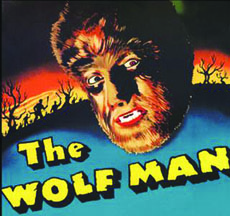 Friday nights are known for hanging out with friends, going to the movies with a date or just relaxing from the week. The Magic Lantern Film Society offers students and the public the same thing except for free.

“Quite a few campuses have film societies, most with classic film series,” Morris said. “It’s not just a night at the movies; there is educational value in the films. We show some of the greatest films ever made. We think it is important in a college education that a student might want to see a classic movie such as ‘Citizen Kane’ or ‘Ran’.”

Their next meeting will be a Halloween-themed double feature, showing “The Wolf Man” and “Invasion of the Body Snatchers.” It is scheduled to begin at 6:30 p.m. on Friday, Oct. 15, in the CETES Conference Center, Room B. Morris said scheduling conflicts led to hosting the Halloween night early in the month.

Students also help out the Magic Lantern Film Society by picking movies for the evenings. A list is sent to the advisers where they pick certain films for the group to view. Some students are often surprised by how much they enjoy them.

“One of my favorite Magic Lantern film moments occurred when we showed ‘Some Like it Hot’ which is a farce,” Morris said. “Jack Lemmon and Tony Curtis disguise themselves as women to escape a mob in 1929. We had to remember elements from that point in time to fully understand the humor. One student was not thrilled that it was in black and white at first, but everyone loved it.”

Along with students selecting films, professors are inclined to use the Magic Lantern Film Society as a tool for education. Years ago, history Professor Mark Stegmaier, one of the club’s founders, requested a showing of a Nazi propaganda film. A number of professors required their students to attend.

“We had more people attend than could actually fit into the recital hall for the viewing,” Morris said. “We had a panel discussion about the film from the perspective of historians, Dr. Stegmaier and the philosophers. On our 25th  anniversary, we had a few panel discussions over other films shown.”

One film shown included “Flatliners,” starring Kiefer Sutherland, Julia Roberts and Kevin Bacon. In the film, medical students bring themselves to be pronounced legally dead and then be revived.

Another discussion was brought on by the film, “The Elephant Man,” starring Anthony Hopkins, where a person is mistreated due to a physical birth defect.

“While we often discuss the films shown informally after each showing, we have not done a formal discussion in a few years,” Morris said. “Next year is our 13th year, so we may try to do something along those lines for a few films.”

Those interested about meetings for the Magic Lantern Film Society are encouraged to visit their website at www.cameron.edu/magiclantern. All meetings offer free admission.