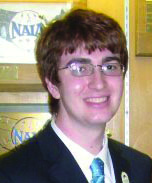 Tyler Clementi, a student at Rutgers University, jumped off of a bridge after his roommate broadcasted online a sexual encounter he had with another man. His body was recovered days later.

Asher Brown, a 13-year-old boy from Houston, shot himself in the head after enduring bullying from his classmates regarding his sexuality. Billy Lucas, a ninth grader from Indiana, suffered a similar fate after facing similar circumstances.

While each case is tragic, they are not unique. Justin Aaberg, Raymond Chase and Seth Walsh are three other gay teenagers reported to have committed suicide near the end of September.

According to a study by the Gay, Lesbian and Straight Education Network, nearly 90 percent of gay teenagers reported to have been harassed by their classmates because of their orientation.

Reports concerning gay teenagers committing suicide have been a media sensation as of late, but such reports are anything but new. According to a 2006 Massachusetts Youth Risk Survey, gay teenagers are up to four times more likely to commit suicide than straight teenagers. A recent study published in the Journal of Sexual Medicine said that up to 15 percent of the American population identifies as gay, lesbian, bisexual or transgender (GLBT). These two statistics, when coupled with each other, cannot be disregarded.

Although progress has been made toward the acceptance of GLBT people in society, homophobia has also been on the rise. The National Organization for Marriage, a group seeking to have same-sex marriage outlawed across America, has had a strong media presence concerning their views. Its president, Maggie Gallagher, has been known to express her anti-gay sentiment regardless of facts or reason.

“Nothing in the press accounts suggest the kids who [committed suicide] were motivated by homophobia,” Gallagher said.

Whatever the cause for an individual’s homophobia, what people seem to be forgetting is that GLBT people are indeed people and deserve to be treated with respect like other members of society. Stereotypes do exist, but they are not true for most individuals: not all gay men seek out straight men to make over and sleep with, just as not all lesbians hate men and hang out at Home Depot.

When young adults are killing themselves in striking numbers due to overwhelming harassment, something must be done to change how we perceive and treat others. Not everyone will agree on every issue. This is a part of life; to each their own. However, what is gravely needed in this country is civility, respect and tolerance, before more graves are dug for those lost by their own hands.

While I have attended Cameron University, I have found it to be not only completely tolerant, but accepting of all walks of life. Everyone on campus holds different experiences and viewpoints that do not always align, but each person is embraced as an Aggie regardless of the demographics they fall under.

The Trevor Project, founded in 1998, is a 24-hour crisis and suicide prevention hotline available for GLBT teenagers and young adults. They can be contacted at 1.866.488.7386. All calls made are confidential and toll-free.

If only those who killed themselves received assistance for their situations, they may still be with us today. If only the arcane stigma applied towards GLBT people by society at large was dropped, harassment of this sort would cease to be an issue.