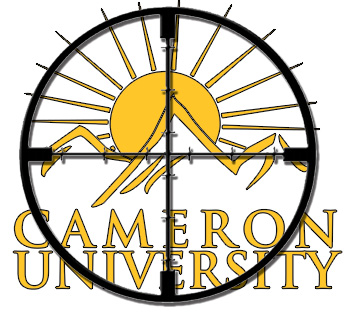 The Oklahoma State Legislature is proposing to mandate that the Bible Belt become a holster, with recent legislation passed making it legal to store a gun in a vehicle even while parked on university campuses.

With this recent maneuver, the elected officials from Sooner State have taken one step closer to realizing a goal with the passage of a law first proposed last year that would allow students and faculty with concealed carry licenses to pack heat on university grounds. The elected officials had to let their constituents know they cared deeply about the well being of each and every voter, so they sought to arm them.

There have been a total of 96 murders on college campuses using guns since the early 1960s. There were over 1,100 suicides on college campuses last year, yet we should allow concealed guns into dorm rooms, classrooms and sporting events. There were over 121,000 unintentional injury deaths in the U.S. in 2004. Why haven’t politicians stepped in to pad our stairwells instead of preying upon societal fears to instill anxiety in students by telling us that it is just a matter of time before someone kills again?

Nothing prevents gun violence like the introduction of more guns into a situation. Let’s take a group of 21-year-olds and place them in close proximity with immense pressure to succeed, both socially and in the classroom, and let’s add the ability to commit violence. Men and women in their college years are a Molotov cocktail of irrational hormones. Read their Facebook status updates; it’s like “Romeo and Juliet” out there, just played out in a much less classy setting.

The legislators that support weapons on campuses live in some sort of absurd world where, without being armed, a student is left strolling into class whistling the tune to “Let Us Get Murdered.”

School shootings have, until this point, been intentional and planned-out actions of clearly mentally-ill people. With the ability to conceal weapons, any escalating argument has the potential to become a crime of passion — and any classroom the O.K. corral.

I don’t know what our culture’s obsession with Wild West justice is. Arming the mass populace and then putting them in close quarters with each other is an experiment that has already been tried in frontier American times. There is a reason this time period is notorious. Every character remembered in history from this era has the reputation as a bit of a murderer; even the heroes shot people in the back.

There seems to be some train of constipated thought that arming students, teachers, security personnel and janitors would either deter violence or quickly nullify a would be offender with a little old fashioned vigilante justice. This theory hinges on the premise that every student is a potential Clint Eastwood, ready to draw his or her six-shooter at a moment’s notice and strike with long range precision. The reality is every student with a gun fearfully unloading his or her firearm in the general direction of a perceived threat is likely to cause some collateral damage and further unforeseen deaths. Unnecessary death and destruction never stopped anyone in a buddy cop movie, but it should stop lawmakers from oversimplifying complex issues.

Would the law making weapons permissible on campus lead to more CCL applications? Absolutely. Would students be getting handguns for fear of lone gunmen? No. They will pack heat in fear of their classmates’ newfound ability to do the same. Who will be comfortable in a classroom where they could potentially be the only one unarmed? Professors will be toting because of their fear of giving students failing grades without some sort of backup. Gone would be the days of faculty members chastising students for talking or cell phone use, same for pulling a student into the hallway to address an issue. The latter would be too likely to be perceived as a challenge to a duel.

With this proposed law, members of the Oklahoma legislature are trying to condition students to be afraid of the quiet kid in the corner with the awkward stare. If this becomes law, I’m going to be afraid of the guy who keeps describing the arsenal he’s amassing in his dorm room in case the South does in fact “rise again.”

Those of us with little or no interest in gun ownership or little to no money to purchase our very own shiny pistol will be reduced to either buying firearms out of the back of some guy’s car or wearing body armor. Since I don’t know any shady characters, this law will force my fashion sense to revolve around a puffy Kevlar look. I’m already a big guy; I don’t need everyone thinking I have added 10 inches to my gut. I don’t like to carry my books to school, so I don’t want to lug a 30-pound bulletproof vest to class every day.

Dear Oklahoma State Legislature, keep your bullets out of my body and your guns out of my school.