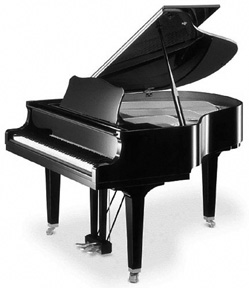 The rain in Spain stays mainly in the plains, but the Spanish music is entirely at CU Duncan.

Department of Music Professor Thomas Labé will perform a piano concert at CU Duncan using different collections of Spanish music in a program titled “An Evening in Spain.”

The first half of the program contains six Spanish dances and some selections from “Goyescas” by Granados. After the intermission, the second half features “Book One of Iberia” by Albeniz.

“Like any program, you have to think through the logical order of pieces,” Labé said. “The program has to make sense; you cannot just grab any pieces. You have to think of the progression of moods, keys and how it all fits together.”

Labé felt music was fit for his life.

“I liked music from a very young age,” he said. “I listened to a lot of music, and then I started piano lessons at age six just like anybody else. After a few years, I really caught on. I think by the time I was 12, I decided that I wanted to be a pianist.”

Labé graduated from Indiana University School of Music and has been at Cameron University ever since.  At Cameron, he knows he is in a win-win situation, for he can teach and play.

“The universities are really alive,” Labé said. “There are lots of young people, and you really get a great satisfaction.”

There are a lot of Spanish elements in the program like Spanish dances, which Labé says are probably the most striking in the music.

“I have always liked Spanish music,” Labé said. “In fact, the very first piano recital I went to was a Spanish pianist, and that really struck my attention.”

Instead of this performance being held in Lawton, Professor Labé will be having “An Evening in Spain” in Duncan. He is holding the performance there because he alternates where he performs between Cameron and Duncan every year.

“I am actually going to play a very similar program here at Cameron University on June 18 outside in the Fine Arts Courtyard,” Labé said.

Before the concert gets underway, the 2010 Senior Art Exhibition will be on display at 6:30 p.m. at the Simmons Center in Duncan.

After the concert, there will be a reception for attendants and Art students to discuss the musical performance and the art displayed. The music is an expression without words, Labé said.

“Everyone will walk away with something different about the pieces,” he said.

Concert tickets will be $6 for adults, $4 for senior citizens. Cameron students get in free with a valid ID. Military and non-Cameron students should contact the Simmons Center at 580.252.2900 for more information on costs.