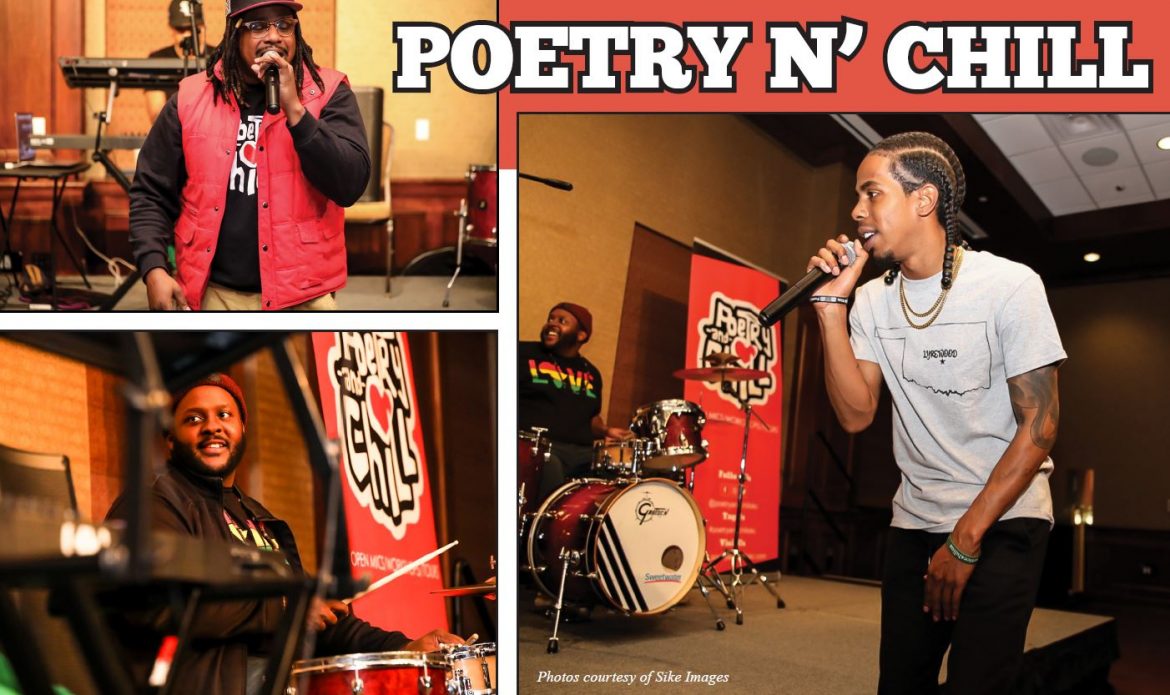 The event took place inside the McCasland Ballroom in the McMahon Centennial Complex, where spectators and performers alike gathered to enjoy a relaxing night of entertainment.

Attendees were encouraged to take the opportunity to sign up and perform a piece on stage.

Throughout the Poetry and Chill event, spectators watched as performers showcased each of their individual skills and talents. Almost every chair within the room had been filled, leaving the space near max capacity.

Every performance varied through the evening as each performer took their stance. The routines ranged from various styles of poetry to musical performances and even stand-up comedy.

BSA member Akilah Charles stated the organization’s primary reasons to host the event were to shine a light on the students/performers’ skills and provide a welcoming experience for every attendee of the event.

“It’s to bring out Cameron Students to show out their hidden talents,” Charles said. “Overall, we just want everyone to have a good time.”

Poetry and Chill has evolved into a nationwide project since the early days of its creation. Founded in 2017, the nonprofit organization strives to create a platform for artists within Oklahoma.

Organization Founder and owner Gregory II also appeared at the open mic event. He explained the organization’s start and how the idea for such a program occurred.

“We started in 2017 on the east side of Oklahoma City”, he said. “We were just having fun, trying to have a platform for us artists in OKC. Live music, poetry, hip-hop.”

Since the organization’s establishment, Poetry and Chill has become an event on college campuses across the country. The open mic nights have become regional occurrences that continue to grow as the organization travels to schools and communities.

“Never in a million years, we thought we’d be doing college tours. We’ve been to over 55 universities in four semesters,” Gregory II said. “It wasn’t ever really planned. The initial plan was just to establish a platform for us artists.”

When asked about the goals of the project, Gregory II elaborated on his vision for the organization and what he hopes to achieve through hosting open mic events.

“I want people to tap into their individuality and be safe to be themselves. This is a place for people to express who they truly are and have a place to do that,” he said. “We’re trying to push a platform, a safe zone to embrace your individuality as a student, as a person, and as a human being.”

Poetry and Chill provides and hosts a variety of services for campuses and communities across the nation. For more information regarding Poetry and Chill, please visit their website at http://www.poetryandchillokc.com/ or follow one of the organization’s social media accounts on Facebook, Instagram, and Twitter.